My guest for this episode of the Mads Singers Management Podcast, Ravi Sharma, is currently based in Melbourne, Victoria, Australia, but this time last year, that wasn’t the plan. His digital agency, Webomaze, which does marketing, SEO, web design, and mobile apps, just to name a few things, was solely based in India at the time. He and some of his team had come to Australia to see what the market was like to consider doing some business there. But then, as you know, something happened in March of 2020, and Ravi and his team got stuck.

As time went on and the entire team switched to working from home (something he admits he would never have normally envisioned) they opened up a new office in Melbourne and now they are in India and Australia. That’s a way to make lemonades out of lemons for sure!

Ravi strongly believes in delegation (and trusting when you do so) and he says that the system of delegation is what made the transition to remote work for his team that much easier. His staff handled it on their own, which allowed him to focus on what he thinks his main function in the company is as CEO: growth. I agreed, telling him I call this the “Don’t be the expert” rule. If you don’t hire experts, you’ll be stuck as the expert, which will create a bottleneck. Something else Ravi has as a rule: don’t give your employees solutions. Allow them to figure things out for themselves. This will create trust and show that you believe they can figure things out. I love that mentality.

Ravi clearly understands how to manage, but one of the first things I hear from people when we first start working together on improving their management skills is, “I’m not good at management.” But often what they really mean is, “I’m not comfortable with management, because I haven’t taken the time to learn about it.” Managing is like going to the gym: it gets better with practice, and it goes even faster when you have a trainer or coach.

We also share similar philosophies around recruitment. I believe that with internal hires you know what you are getting. Ravi agreed, saying that you know the person is already a cultural fit and can act as a replicator of their cultures and competencies as they rise. He really believes in the importance of showing career progression possibilities: that’s so important because when employees see fellow team members progressing they can see themselves progressing too. 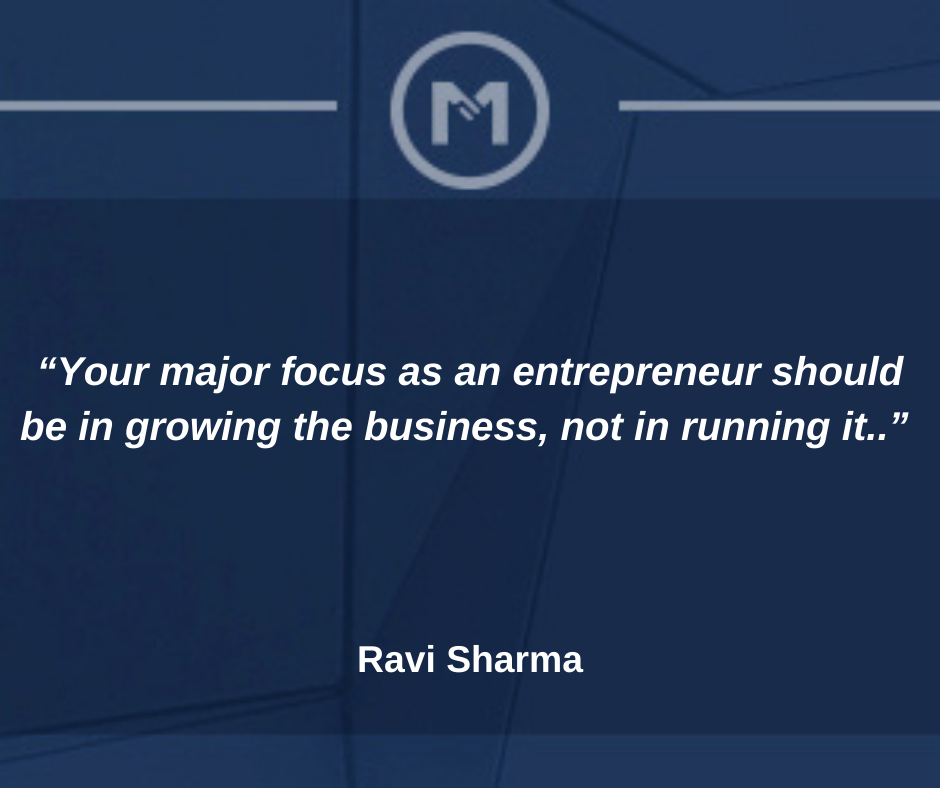 Ravi has a clear focus for himself and a vision for his team and I think that will inspire listeners to make sure they have the same. Enjoy!

1. Ravi shares what he thinks the primary focus of entrepreneurs should always be - 2:55

2. Mads talks about why people “struggle” with management - 4:45

3. Ravi explains why he considers employees as “clients” as well - 9:36

4. Mads shares the risks of external hires (and the benefits of internal ones) - 11:03

5. Ravi stresses the importance of a path of career progression for your team - 14:20

6. Ravi talks about how Covid shifted his thinking on working from home - 17:00

7. Ravi explains the importance of trust in the delegation - 20:35

8. Ravi talks about why he doesn’t give solutions to his team members - 22:40