Today’s guest for the Mads Singers Management Podcast, Timothy Colson, has spent many years in leadership, first in a big box retailer for almost a decade, then for a nationwide insurance company. Today he runs his own insurance and financial services firm in New York, about an hour outside Manhattan.

Part of why Timothy runs his own firm today is his love of culture and the way that it can shape a team. “We sell commodities. There’s no need to take that so very seriously. I want a team that values creativity, honesty, and having fun.” Timothy noted that when he emphasized those core values, it wasn’t difficult to attract A-players to his team.

Timothy noted that great culture happens when people enjoy their work, feel trusted and empowered, and come to work every day feeling like they are part of something. I noted that that goes hand in hand with performance. People who are performing well tend to be happier. Those who are not performing well know they aren’t performing, and are a drag on themselves and the culture. If they can’t get with the program, they have to go (and it’s better for them too!).

We also discussed “situational leadership” as a topic that is getting more attention these days. Timothy sees that as assessing what is the most important issue in a given day or week, identifying the right person to deal with it, and then deploying that person to do so. This fosters trust and empowerment in a team, as opposed to micromanagement, which tends to discourage team members.

Timothy and I also enjoyed roasting the old and outdated chestnut that, in management, you should always “treat everyone the same.” The reality is that different people need different techniques and approaches. Timothy talked about one particular scenario in which one of his team was performing very well, but not using the methods that had been determined as the “right way” by the higher ups. After spending some time with her, he decided to ask for forgiveness instead of asking for permission from the higher-ups and leaned into the methods she was using to win. He then documented those and passed them up the chain for approval. Rather than insist that there was only one right way to do things, he took a gamble and helped coach his employee.

Timothy has a clear passion for the science of leadership and it was a pleasure to get to know him well. Enjoy this episode! 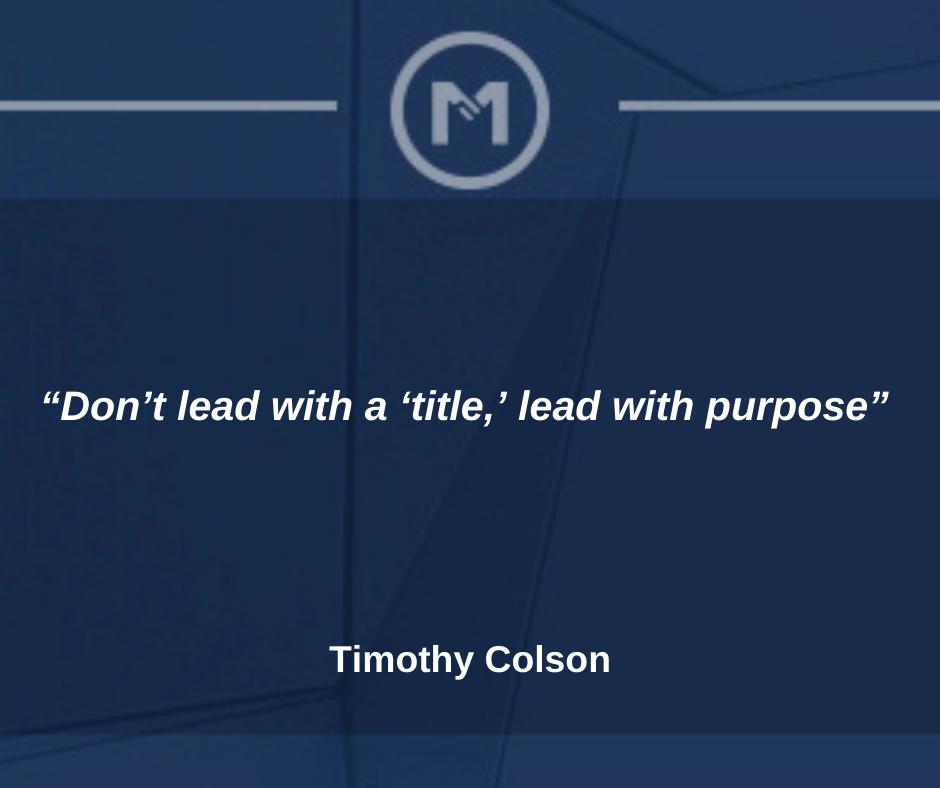 1. Timothy notes that it only takes one person to poison the culture of an entire company - 4:00

2. Timothy shares what he thinks a great culture does - 5:15

4. Timothy gives us his definition of situational leadership - 16:50

5. Mads warns that “treat everyone the same” as an idiom in management is outdated thinking - 19:00

6. Mads stresses the importance of self-knowledge to complement knowledge of your team - 21:32

7. Timothy shares how he found a way to help one of his team members grow in an unconventional way - 27:44

8. Timothy talks about an “aha” moment in regards to micromanagement - 33:03