One of those early pioneers (with one of those PDFs in hand) was Phil Drinkwater. He originally trained as a programmer and helped to design video games. He moved into project management and picked up SEO and UX/UI along the way. He’s my guest for today’s episode of the Mads Singers Management Podcast.

Phil now runs an agency focused on a few specific niches, and that was something we both see as a big problem in SEO: a lack of focus. Instead of doing something specific and doing it well over and over and over, many individuals and agencies claim to be all things to all people.

While a part of me understands that it’s a part of the entrepreneurial journey to say “yes” in the beginning so you can say “no” later, it seems that there are quite a few people who are still stuck in the “yes” mode (with no game plan for how to move into “no” mode). I have to say when I speak for small businesses or at conferences, this is a topic that comes up over and over and is probably the thing I speak about the most.

Part of serving a specific niche is networking appropriately. “If you want to work with lawyers, find out where they hang out and go there,” said Phil. Whatever you want to focus on, identify where the decision-makers are congregating and go there to add value, not just to throw your (virtual) business card at them.

Phil also clearly has a passion for building a team of A-players who trust each other and trust the process. Part of his interview process for any new employee involves that person sitting with the team, doing tasks, and also asking questions: nothing is off-limits. Not only does this build friendship and camaraderie even before day one on the job, but it lets people know that they matter.

Phil had experience in fear-based cultures in some workplaces and he thinks it’s perhaps the easiest way to kill the creativity in your team. Fear-based cultures tend to micromanage and check everything and that’s a great way to watch creatives check out. Ultimately, you want people to be “free to fail” because mistakes and failures aren’t the ends of the world. We learn from our mistakes. We should never be put in the position (or put our team members in such a position) to feel that perfection is what we’re after. Trust and accountability matter much more.

Phil’s got a world of experience to share and I hope you tune in and harvest some of it! 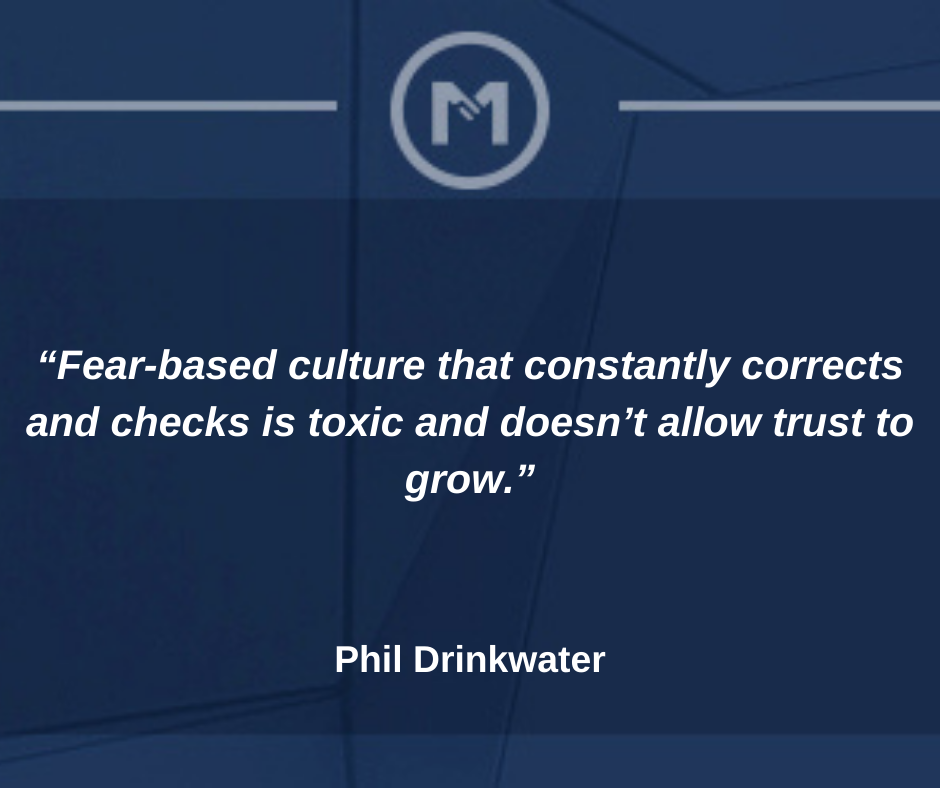 2. Phil shares the hands-on interview process that helps him find the best candidates - 6:45

3. Phil emphasizes the importance of giving people a voice - 8:45

6. Phil stresses the need for creatives to feel relaxed in order to perform well - 15:00

8. Phil celebrates some big “mistakes” that have led to positive changes in his life - 20:15

10. Phil underlines the importance of doing a business you can enjoy and be successful at - 32:01