It’s one thing to manage a team of 2-3 that grows to a team of 5-6. It’s entirely different to go from managing a team of 10 to a team of 30. My guest for this episode of Mads Singers Management Podcast, Andy Allaway, is someone who has done precisely that for the juggernaut known as Empire Flippers. Andy comes originally from a sales background in the IT industry before he made a switch almost four years ago to take on running operations for Empire Flippers. He runs his worldwide remote team of 30 from the center of Europe, in Prague.

Andy shared that one of the great strengths of Empire Flippers is documenting processes. This makes onboarding and cross-training (to help the team better understand their counterparts in different departments) much easier. When I asked what qualities, Andy looked for in building out his team, he really stressed cultural fit, which is something I very much advocate for as well. When you hire someone who is “really great” but who isn’t a cultural fit, it ends up badly for everyone, not just the wrong hire.

Andy also shared the challenges of managing human capital around seasonality in the business brokering business. It turns out that there’s a lot of activity in Q1 after people finish a great Q4 and year. That means he’s had to be smarter and more intentional about where and how he deploys his team so they aren’t just sitting around during quieter times. His operations staff are divided into:

-Vetting (are these quality businesses worth selling?)

-Customer service (challenges from both buyers and sellers)

-Migration (helping a buyer get rolling in his/her new business)

One of the advantages of growing his team, Andy noted, was that as the team got larger, he was able to build specialists instead of having “everybody does everything.” And that makes sense, the skill set for vetting -- detail orientation and digging through spreadsheets -- is entirely different from the friendly and calming orientation of those in customer service.

Andy also noted that as his team grew, he wanted to improve as a manager, and he would ask potential employees how they would like to be managed. I told him that a more helpful reframe might be to ask what their best and worst bosses were like. They would then not only tell me about their past experiences but also indicate what kind of management style they really preferred. If you have the opposite type of style, it won’t be a good fit. 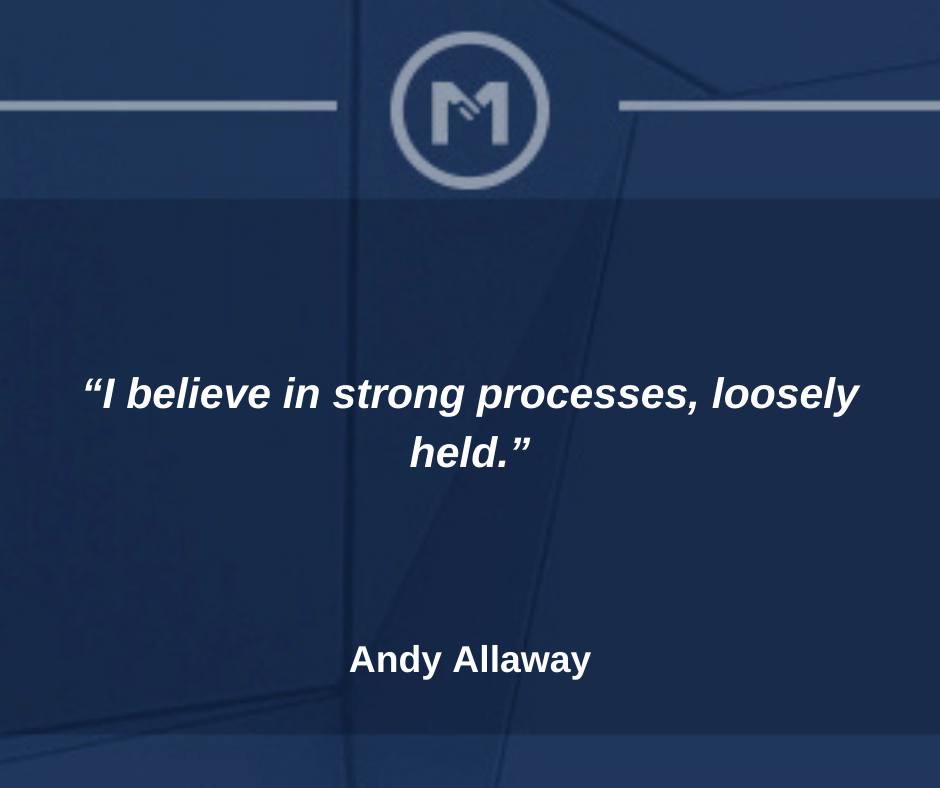 3. Andy talks about the importance of hiring for cultural fit - 7:07

4. Mads discusses the dangers of just hiring a “body” instead of hiring for cultural fit - 9:40

9. Mads share some tips for how remote teams can be more social with each other - 29:22