MSMP 120: Mark Grainger on Communicating and Making Connections in Relationships and Businesses

Today, my guest on the Mads Singers Management Podcast is none other than Mark A. Grainger, the co-founder and CMO of BigImpactHQ.

We begin this episode where Mark shares a story from his childhood where he was on a fishing trip with his family and witnessed a whale approach their boat. As the whale was coming, Mark felt fear. However, the whale went silent and retreated into the waters.

This experience amazed Mark when he was younger; however, looking back at it led Mark to realize that all living things desire to communicate. Mark works together with his wife to help frustrated women leaders who love speaking where they show them how to overcome their self-doubt.

I’m a firm believer in working on one’s natural strengths because it allows you to perform and work better and be happier. With many people working in jobs that don’t like but fill their pockets, it can be easy to bring the negative energy they have in their workplace and influence the people around them to perform poorly. However, when negative habits or thoughts can no longer be controlled, they should seek help from a professional and work on it. When it comes to communication, our words are compelling as they can seduce, inspire, and even start wars; what we say can impact another person. The words we say to ourselves can often bring us down and even cast doubt on ourselves. However, we have the power to change that by changing what we say.

Our mind creates situations or an operating system that allows us to thrive or sets us up to fail; however, when we have mastered the art of fulfillment, no matter what happens to us, we will end up okay and see the world in a much better light. Still, we must be very discerning about what we allow in our minds because our operating system comes from a place of truth. Ideally, relationships are carefree. However, there will come a time when we will be pushing each other’s buttons or, better yet - polishing each other’s diamonds, and once we see what a relationship is for, we don’t get tied in with the thought of how things are supposed to happen. 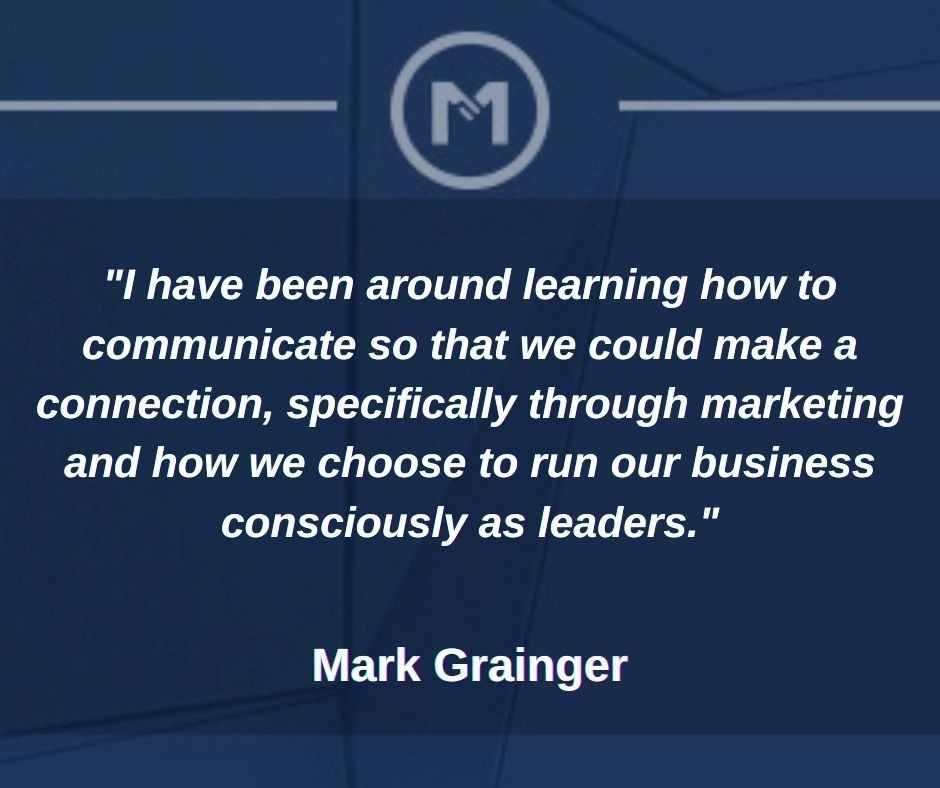 1.) Mark says that entrepreneurs must always have something to work on because they start to see what gets in their way as leaders and entrepreneurs. - 04:15

2.) Mark says that having a business is like personal development on steroids. - 04:32

3.) Mads says that personal development is crucial, but he observes that many people constantly develop their weak areas instead of their stronger ones.- 05:12

5.) Mark says that words are powerful: they can seduce lovers, they can start wars. The words that we use are far more critical than any deployment channel. - 11:38

7.) Mark says that the Persuasion Equation isn’t the influence, cast-a-spell-over-you-make-you-do-what-I-don’t want-you-to-do feeling. It’s a connection of inspiration where people are in spirit to do what they are called to do. - 16:25

9.) Mark adds into Mads’ statement and says that leaders must know how to collide with others when communicating- 18:43

10.) Mads says that you can influence the world around you much more than you think- 30:39

What Got You Here, Won’t Get You There by Marshall Goldsmith

The Persuasion Equation: The Subtle Science of Getting Your Way by Mark Rodgers

No More Mr. Nice Guy: A Proven Plan for Getting What You Want in Love, Sex, and Life by Robert A. Glover

Find out what kind of speaker you are (quiz)